Contented with a bottle of sprite, Donald laid back on a rock and soaked in the immaculate view of the beach. He hadn’t been to any since his mother almost drowned back in 2002 and he had been ten, it scared his father a lot.

Though Donald stomped his feet and grumbled at the new policy, watching his mum scream had scared him even at ten. When he had woken up quarter after midnight he knew he needed the beach, the serenity, the smell. He needed to think.

He couldn’t run away from it anymore, not even in his dreams. Last night he dreamt of his mum on her sickbed telling him he had failed her; she was going to die without grandkids, without bathing another kid that was hers. She looked twenty years older as did he.

He craved companionship, wanted someone he could talk to at the end of a tough day at work, someone to cheer him up when he remembered his vicious past vividly. Most importantly, he wanted to fall in love. He wanted to be full of it, to look at his woman with love, lust, and affection.

Many things scared him, things he suspected were the reasons he hadn’t allowed himself let his guard down: What if he fell in love with a girl from a different tribe? A Different religion?

Those didn’t matter to him, but it did to society, to his parents and family even those he’d never seen.

He checked his phone for the time 3:14am it read. He watched as a huge wave break and let his mind wander. His mind had been filled with such thoughts for over a year after

Florence, The lady his parents had arranged for him to marry a little over one year ago had sent him a complimentary message, it had been Christmas.

He had been lucky there; Florence was repulsed by thoughts of marriage at the time and had been equally outraged about the arrangement. His passivity would have caused him to follow through if she hadn’t refused.

Smiling for the first time he got up to leave and took the twenty-minute drive to his apartment. Holding the slippers he had worn on his right hand he took long strides to his car, ignoring the loud music playing from clubs around him. He got into the driver’s seat of the car and drove off, speeding off as the road was almost empty.

Thoughts of marriage sat at the passenger seat riding with him

Elizabeth removed her wig, flung her heels, and undressed. She had missed the hot guy she’d been admiring for seconds.

“Never stall!” she scolded herself.

She had gone to the restroom to relieve herself and freshen up before speaking to him, a lot of good that gave her. She hoped to see him again at the beach; he seemed to be enjoying himself.

Elizabeth was there every weekend as it was the one place she could really think and her friends threw parties too often. Letting the bath run she allowed herself to think of him laid back on the rock in his brown shorts and black tank top.

His hands cradling his head, she had stared at him for minutes, momentarily forgetting her need to pee till her bladder reminded her. It had been obvious he was there because something was bothering him.

She knew the look, the sighs, the frustration, as she had recently ended things with Jacob, a guy she had been on and off with. He had cared more about his shoes than he did her or anyone. It had started raining as she dried off with her towel and slipped into a nightie.

She slipped into bed and her duvet with thoughts of her new crush wondering if she’d be lucky enough to make more of it. Touch him, kiss away his worries, cuddle, have lunch together, talk about their days and just drink each other in. The thought made her smile as she slipped into sleep.

Elizabeth had begun to lose hope when after three weeks she hadn’t seen her crush. She had made sure she looked good every day she had been to the beach since she’d seen him, resigned and a little tired she got into Vertigo bar for a drink.

“Mind if I join you?” A voice asked. She turned and stuttered “N-n-not at all”

She remembered the face all too well. Narrow face, full lips, and slender nose. He had barbed his hair and that flattered his beauty. She had suspected he was tall but he was taller than she had imagined.

He wore an armless denim jacket and loose pants. His smile didn’t waver as he sat on the stool next to her.

“I followed you in,” Donald started “You seemed frustrated, I’m Donald”

Still stunned speechless she took a gulp of her drink to pass the time.

“Elizabeth. It appears I was frustrated for nothing,” she smiled with her lips and eyes “Do you believe in fate, Donald?”

“If it means I was predestined to meet you, then yes, I believe in fate.” turning to the bartender he said “I’d have what she’s having”

“Come here a lot?” he asked

“Yeah. But you don’t,” she saw the question in his eyes, laughed and answered it “No, I do not know everyone who comes in here. I saw you the last time you were here, and I must confess I was hoping to see you again.”

Obviously surprised and charmed “It is fate then.” Was all he said.

They talked for two hours about themselves, random topics, and most importantly about music. Donald revealed more than he had to anyone and was surprised at how easily he did it, with no constraints and regrets.

She had said she enjoyed arts, he had been a distant admirer, never took the time to go to museums or art openings but he was already thinking of Museums to take her to.

Perhaps start at the biggest and most talked-about Museum: Nigeria National Museum, even if she had been there before.

“I’ve been in Lagos for most of my life, only time I left Lagos was when I was posted to Jos and I still haven’t been to a museum here,” He started, hardly finding the right words to use “I would like to go Nigeria National Museum, I’d like you to come with me.”

“I would love that” she said smiling quickly. She reached into her purse and gave him her business card. She had told him she was an accountant but hadn’t told him she worked at fidelity bank. She got up to leave as he paid the bartender.

“Join me for a walk,” she said and grabbed his hand before he could answer. The beach was almost empty at half-past midnight which was a rare sight as it was a Friday night. While they walked he studied her, her braids was packed in a bun.

She wore a red sundress that stopped inches below her knee and complimented her fair skin and curves, she wore black leather sandals the color of her bag.

He broke the silence “You are beautiful,”

“Thank you,” she stopped walking to face him “You looked troubled the last time you were here, and even now I can sense distress, would you tell me what it is?”

“I had a disturbing dream, and though I hadn’t been to the beach since I was ten I craved it. The distress you sense is probably just me hoping I don’t say or do anything to ruin this perfect night“

Satisfied she took his left hand in hers and continued walking. “Nothing can.” 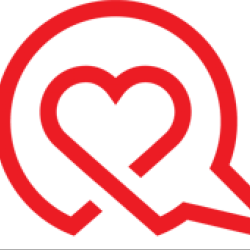 Our passion is to inspire and empower you to love constructively by offering you Love Messages, SMS, Quotes, Tips, Advice & Stories. We want to help our community find and live in true love. Experience True Love with LoveHood NG

Love Messages You Can Send To Your Boyfriend, Girlfriend, Husband & Wife

Love Text Messages For Your Lover

Send These Loving You Messages To Your Lover Now

Send These Romantic Text Messages, SMS & Quotes To Her Now

Send These Happy New Month Messages, Prayers & Wishes To Your Loved Ones & Family

We aim to cover inspirational, empowering and constructive love stories, messages, quotes & tips for our readers.